by Sspeed
I am looking to buy an 88 Callaway. Documentation looks great on one that I am looking at but I am getting mixed messages on weather the Build sheet should show the B2K options with all the other options that were ordered on the car.

Does anyone have an example of a C4 Callaway build sheet that shows the B2K option i should be seeing? Other than that is there anything else i should be looking for? I want to mainly ensure that it was ordered at the dealer and not a customer that bought a corvette and then wanted the Callaway conversion.

by Callaway4Fun
If you look at the build sheet in the lower left corner it should say ship to Callaway in old Lyme ct. That is what is on my b2k factory ordered car. I hope that helps. 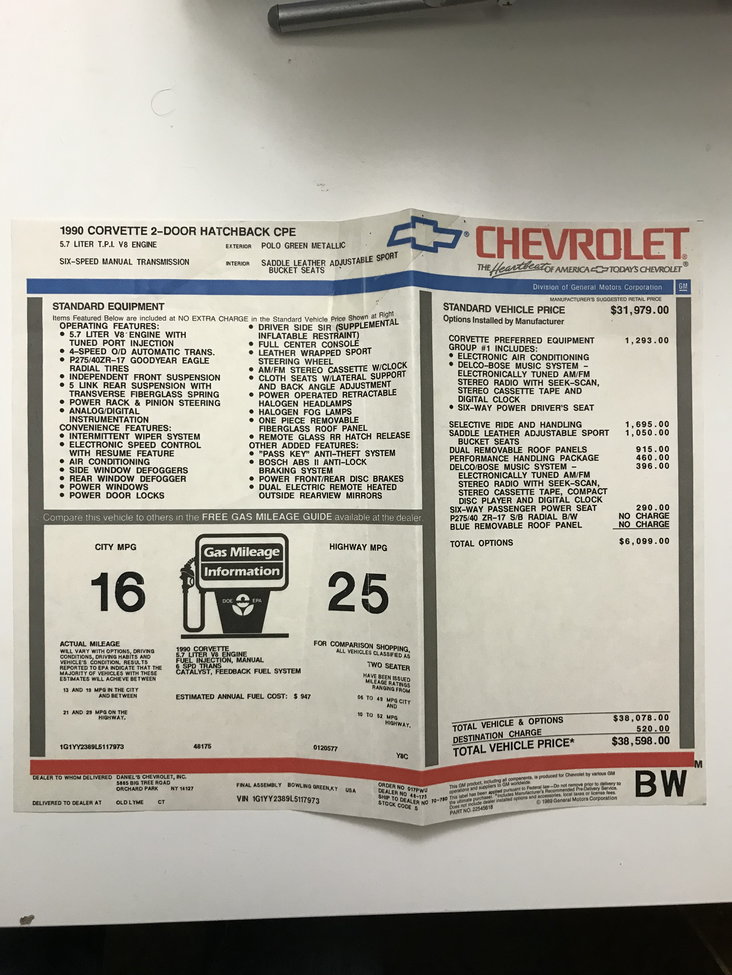 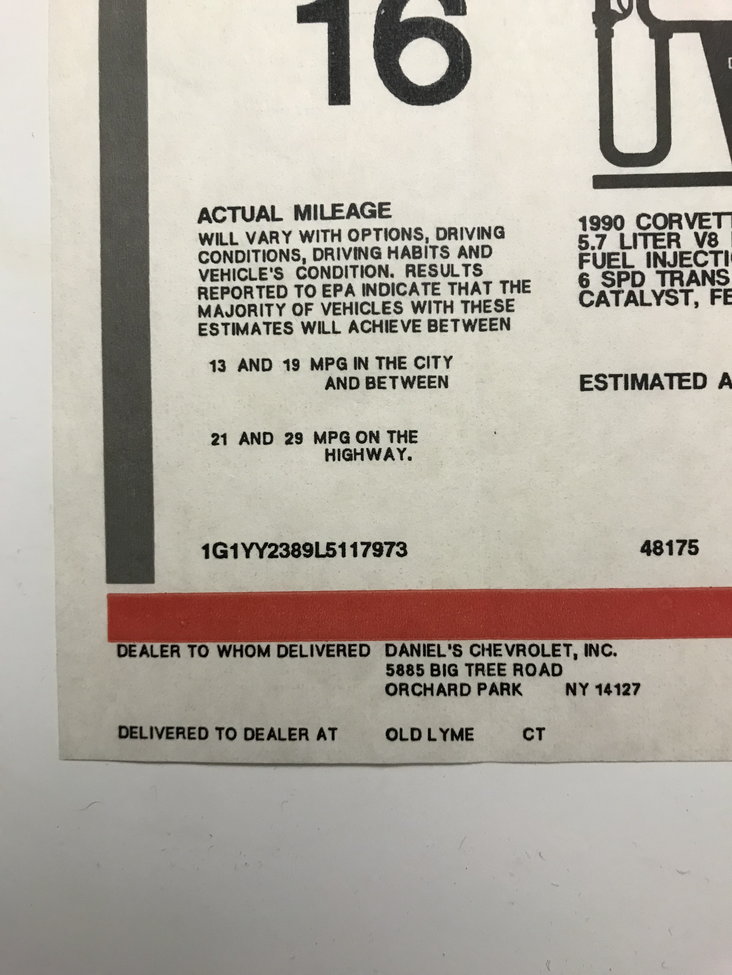 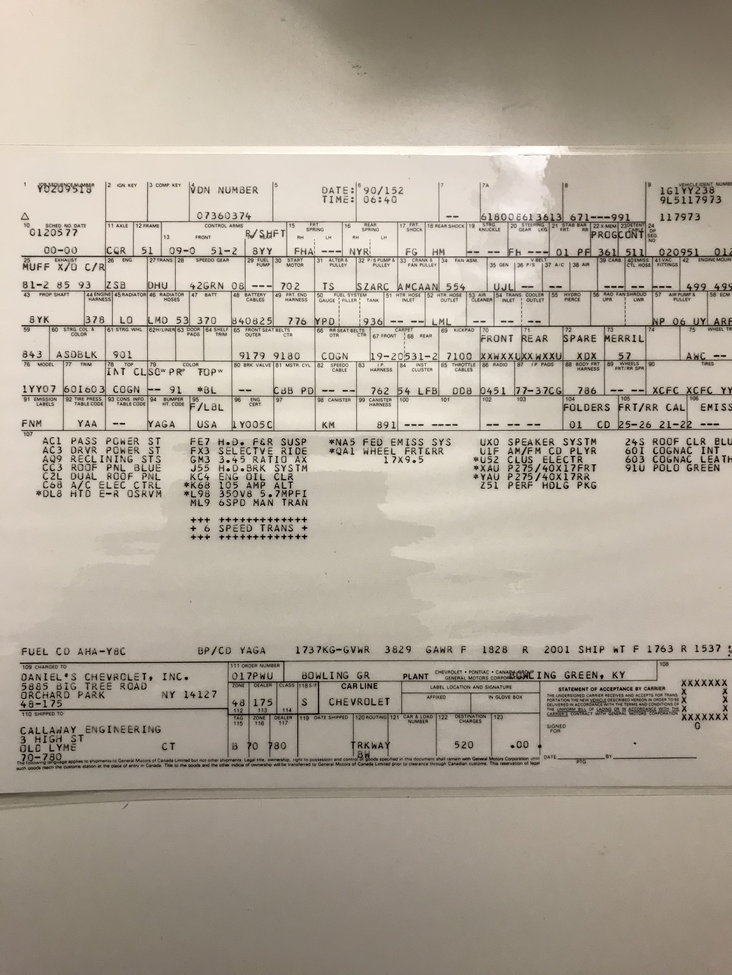 Callaway Chris wrote:...the cars which were sent from dealer inventory do not say "Old Lyme" on the Build Sheet, and don't have the RPO B2K, but can be easily identified by Calling Callaway. Callaway's database, in all the years I've worked there, has uncovered some cloned cars. Perhaps ones which were wrecked and rebuilt with another VIN, or the one where an owner swapped EVERYTHING from a blue car to a red one.

SPI Label in glove box will say B2K when build sheet does not.

Engines were pulled in CT and then reassembled "with the good stuff" inside. Still 5.7L in displacement, but completely re-worked. As it was, Callaway had a handful of blocks/engines, and worked "forward" from there vs. taking time to pull the "original" engine, then rebuild that one. The one from a few cars back got the Callaway stampings on the pad, then put into whichever car was up for production that day.

The hoods were also numbered. It correlated to the car #. Once I saw a car which might have been #24 from a year. But had hood #26. Both were the same color/trim vehicles. So the hood went on the other car. The owner, who bought new, got a smile from that story. I could write a book...

Can you direct me to where the car number would be on the hood? This is an 88 and does not have the NACA ducts so i want ensure there was no (unreported to Carfax) damage that lead to the hood being replaced.

by Callaway4Fun
The number is hand written on the left side . The hood looks stock on 88-90 except for the ducting for the intercoolers it is a large piece that starts at the bottom all the way up to the intercoolers .
All times are UTC-04:00
Page 1 of 1