Double D exhaust with new lower fascia panel
Callaway designs a 5th generation of its signature “Double-D” exhaust system, featuring a new iteration of the Single-Acoustic Chamber (SAC) originally developed for the Callaway C12 and later C7 Corvettes. Creating a unique sound signature, multiple baffled chambers inside a single canister are tuned to offer improved flow characteristics and frequency cancellation to eliminate in-cabin resonances, while offering a refined exhaust note. The center-exit Tips offer a balanced, unique appearance, and a new carbon fiber surrounding panel will allow for cooling airflow around the muffler, which is inherently thermally-challenged in a mid-engine configuration. Prototype testing and development in progress… stay “tuned”.
﻿
Callaway/O.Z. Racing Forged 9-spoke wheels
Finally, a fully-forged wheel produced in collaboration with O.Z. Racing, one of the world’s leading wheel manufacturers, supplying Formula 1, World Rally, and all levels of sportscar racing worldwide. Callaway and O.Z. have been working together on road car and motorsport applications for 30 years, including the championship-winning Callaway C7 GT3-R.
This year, we bring a fully-forged wheel in a revised 9-spoke design to complement the C8’s new styling.
The wheels are currently undergoing FEM and weight optimization with testing to exceed TüV and JWL standards commencing shortly. We expect the wheels to provide considerable weight savings over the OE offerings, which will yield dynamic handling benefits due to unsprung and rotating mass reduction. While they will be slightly wider than OE, will still utilize the phenomenal Michelin Pilot Sport 4S (ZP) OE fitments and compounds developed for the C8. Offset will be slightly reduced for a flush appearance and increased track width.
The forged/HLT® construction offers greater strength and stiffness at significantly less weight. Offering peace of mind against typical cast-wheel construction being prone to damage over poor road surfaces.
A variety of finishes will be offered, including a brilliant ‘ceramic polished’ finish with a clear protective coating which does not detract from the brilliance of the polished alloy.
Further aerodynamic and styling features will be announced in the upcoming months, while Callaway engineers are working on developing powertrain offerings as well. A line of track day-specific improvements will also be developed. 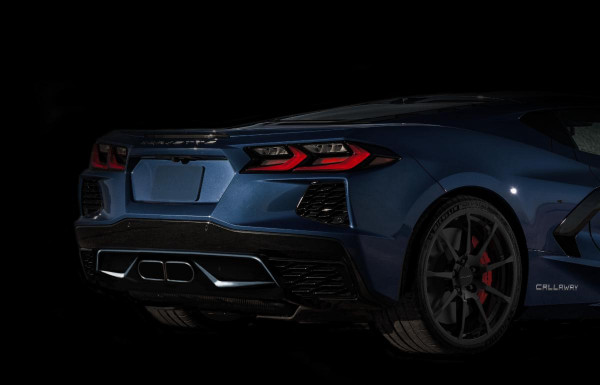 Very cool.
Does anyone on our COG board own a C8 or have one on order?
Top 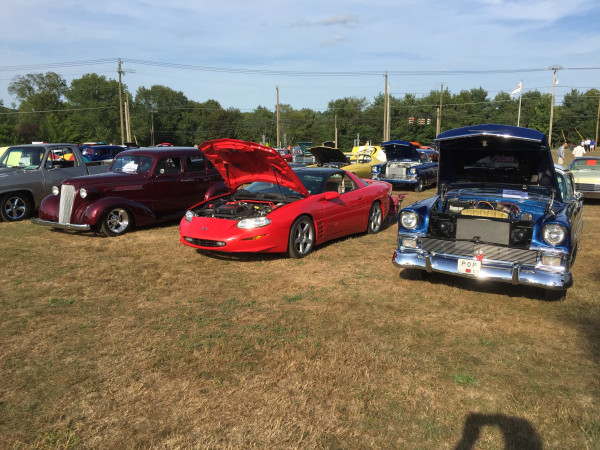 Further aerodynamic and styling features will be announced in the upcoming months, while Callaway engineers are working on developing powertrain offerings as well. A line of track day-specific improvements will also be developed.

Can't wait to see what they come up with, exciting stuff...
Top

WILL there actually be a complete Callaway C8 Corvette or are they only developing accessories such as wheels and exhaust systems?
Top

I think that’s up to GM at this point.
Top

GentleBen wrote: ↑Fri Jul 31, 2020 3:07 pm WILL there actually be a complete Callaway C8 Corvette or are they only developing accessories such as wheels and exhaust systems?