Back in the day, I worked for the Malcolm Konner Auto group (1978-1990) and I am still friends with Gary Konner, the son of Malcolm Konner.
Recently he had some time and went through his NY home and found a ton of Corvette memorabilia, paperwork, etc and we plan on meeting up within two weeks
as he is gifting me and my library of Corvette memorabilia. I thought this paperwork was rather interesting on the Callaway Sledgehammer which originated from
Malcolm Konner Chevrolet in Paramus, Rt 17 North. Another cool fact is the gentleman that originally bought the Sledgehammer actually came to my house with his curator in
the October 1988 time frame as he bought my National award-winning 1970 442 Olds Convt Indy 500 pace Car. Small world stuff. 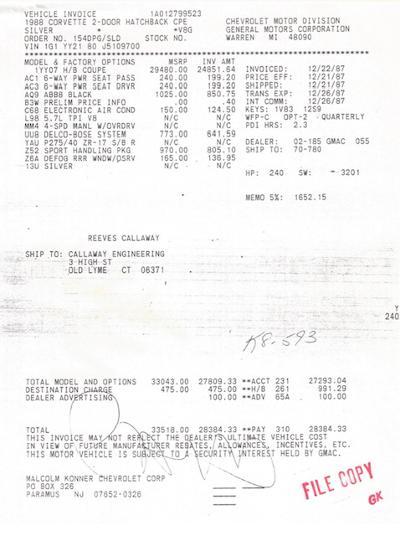 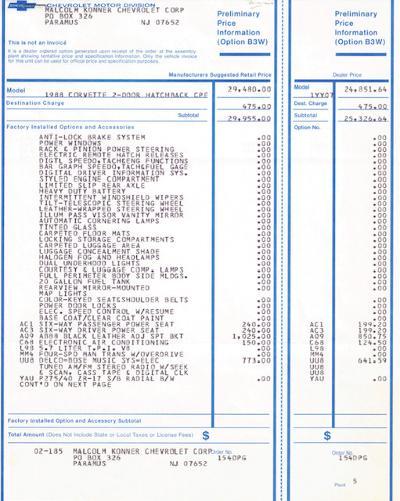 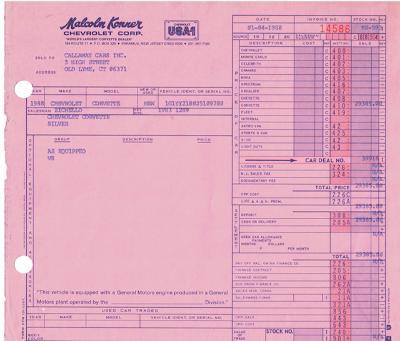 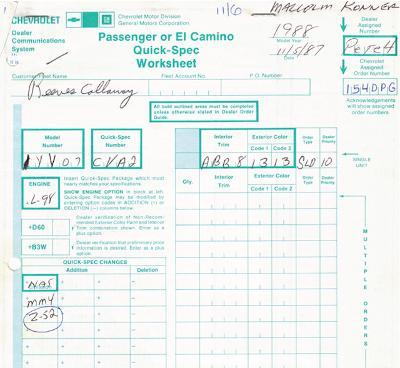 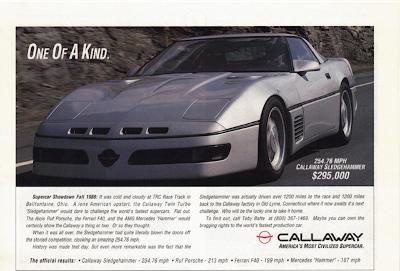 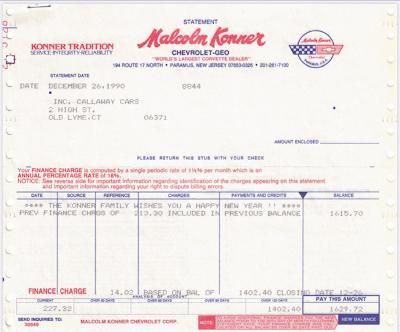 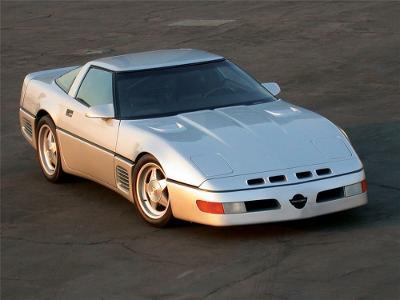 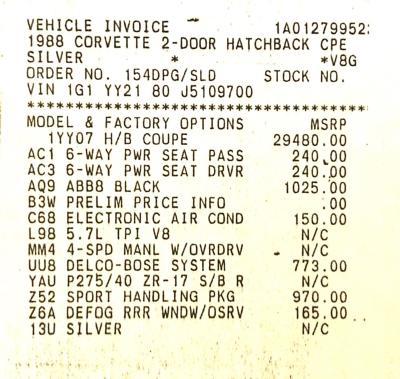 Was going to say, "pretty sure that wasn't in it when it did its top speed"... but then had second thoughts.....

Can anyone confirm the transmission in Sledgehammer?
Top