So I tackled this project today. It’s not too bad. Sorry the pics loaded in reverse order.

The hardest part was getting the belt back on but once I realized How it was to go it was pretty easy.

1. Using at 15mm ratchet push the serpentine tensioner over and take the belt off the alternator.

3. Using 14mm socket, loosen the tension bolts on the back of the supercharger housing. This will let you spin the belt off.

4. Push the belt toward the firewall while turning the jack shaft pulley. Watch your fingers!

5. There is a bolt on the manifold base that makes belt removal a challenge. Remove the belt from the driver side pulley first which will allow you to twist the belt and remove it from between the pulley and the bolt. See the pic.

6. Now that you have the belt off you can use a 3/16 Allen wrench to remove the oil plug. There’s another post here regarding the oil change. http://www.callawayownersgroup.com/view ... 050#p24050

7. Now that you’re ready to reinstall the belt, put it back under the jack shaft pulley in the same manner that you removed it. Now the hard part...

8. Make sure you have the jack shaft tensioner completely loose and push it as close to the supercharger housing as you can.

9. Put a belt around the jack shaft pulley about three or four ribs in so that you were clearing that bolt on the base manifold. Now grab a 1 inch box wrench...There is a hex head cast into the back of the pulley use the box wrench to turn the pulleys which will also force the belt on to the pulley. See pic.

11. Once you get a few ribs set then continue to turn the pulleys while pushing in on the belt and using a flat head screwdriver as a shim to screw the belt over the ribs.

12. Once the bell is fully installed now grab an Allen wrench and tighten the tension screw on the passenger side of the supercharger housing. Once you have about 30 degrees of deflection or twist, you are ready to tighten the tensioner bolts.

13. After you torque those down release the tension on the Allen screw that pushes into the housing. Pete Callaway said that pressure can warp the housing and cause a leak.

14. Reinstall the front belt and fuel rail cover and you are done! 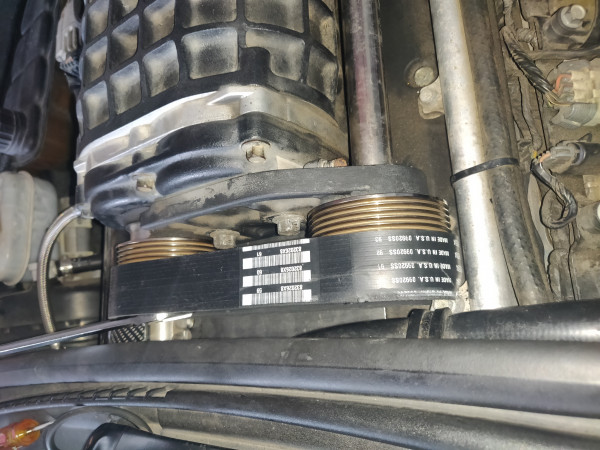 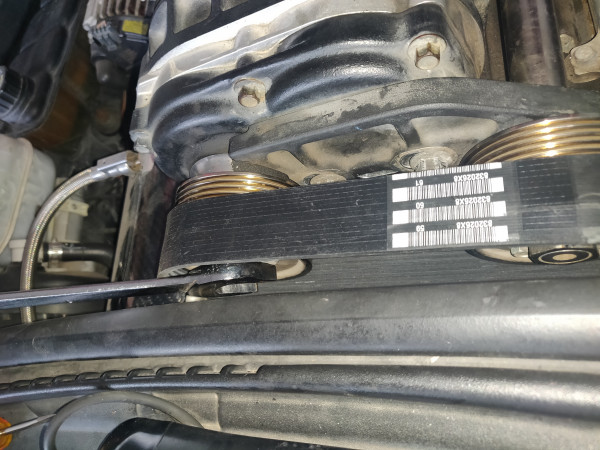 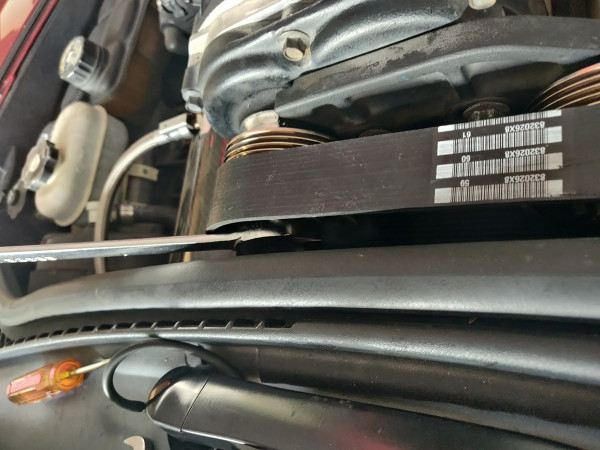 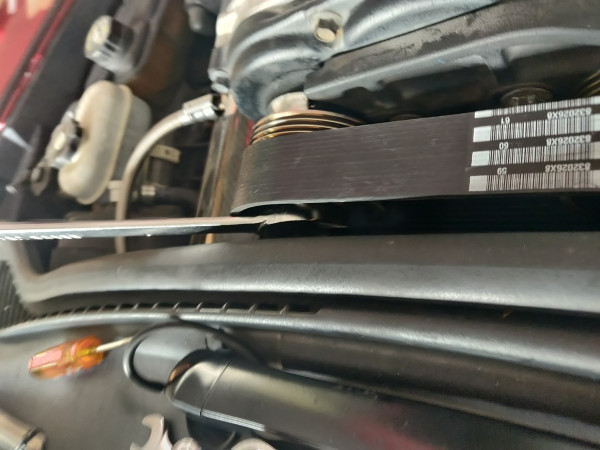 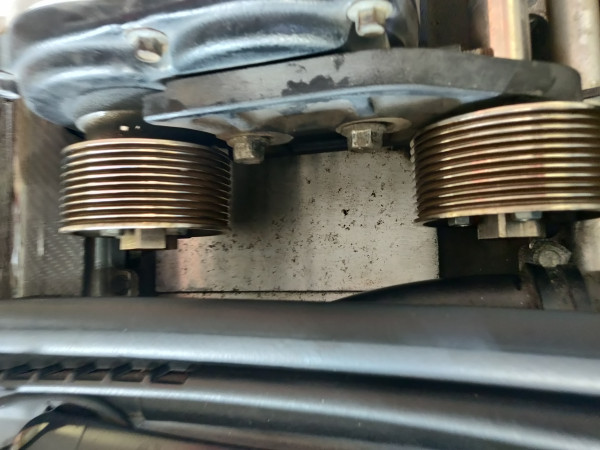 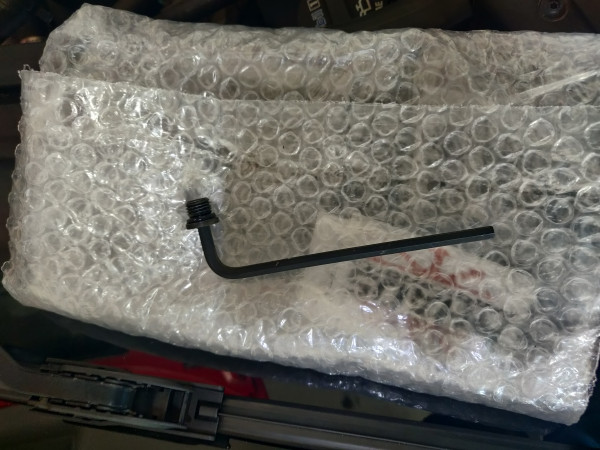 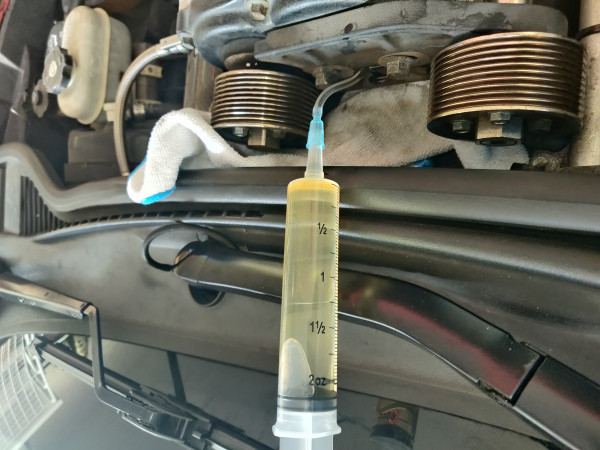 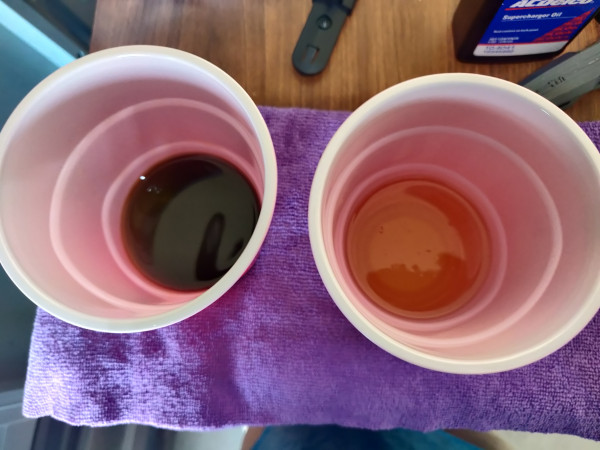 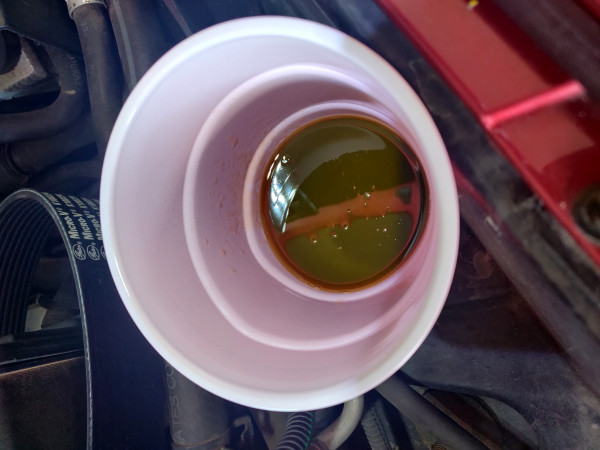 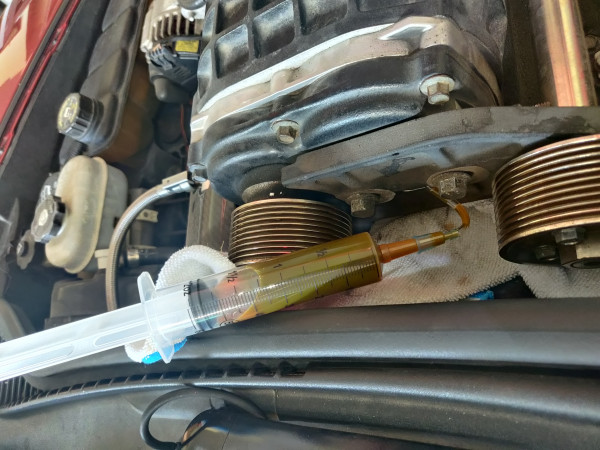 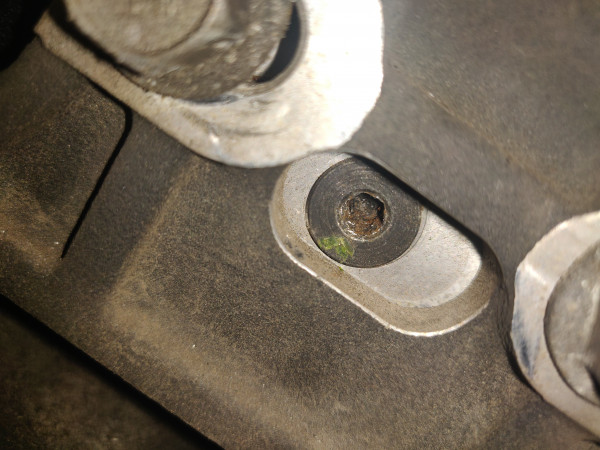 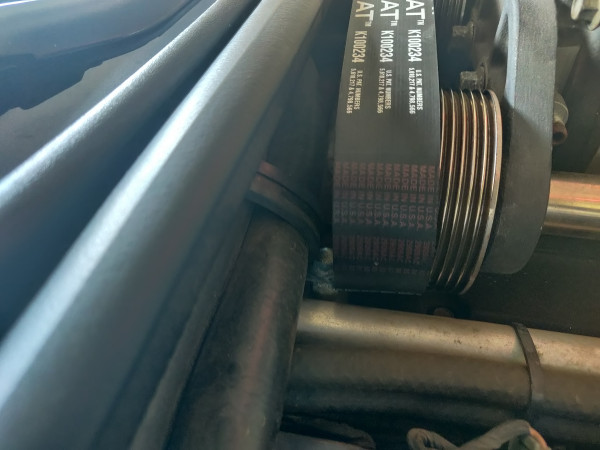 Excellent write-up!!! I didn't think about removing the belt to make it easier to do the fluid change -- nice job!

It was probably 4.5-5oz if I had to guess. I just filled one cup with dirty oil and the matched the level in another cup with clean.

I had to do a belt change anyway so I did it all at once. Getting the back on was literally the only hard part, but will be much easier next time.

I had to do a belt change anyway so I did it all at once. Getting the back on was literally the only hard part, but will be much easier next time.

Good stuff! What made you want to change your belt? Just being proactive? Age? Miles? I've thought on and off about changing mine but haven't yet committed.
2013 Callaway SC606, 4LT, M6
Velocity Yellow Tintcoat
New to me Nov 2018 w/ 9k miles
Top

My belt was turning a little brown on the ribs. I also had some black buildup below the belt making me think it was due a change.
Top

SurfnSun wrote: ↑
Thu Oct 01, 2020 10:41 pm
My belt was turning a little brown on the ribs. I also had some black buildup below the belt making me think it was due a change.

The only Callaway I know that has miles like that is the “test/proving” car.

After keeping it over 2.5 years, I finally bought it a few months ago. Couldn’t bear seeing it leave.
Top

I put different wheels on it. 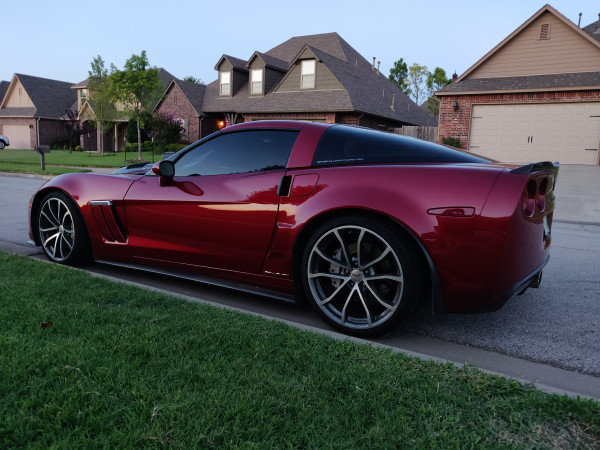 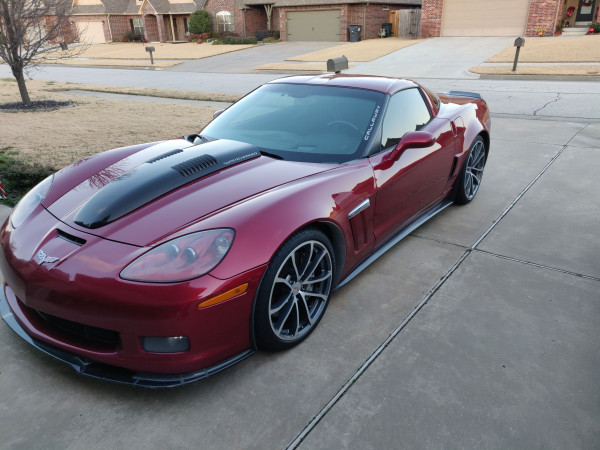