Having said that, my story of getting the car goes like this: I bought it off of a Corvetteforum ad. It was located in southeastern Florida, my wife and I live in northeastern South Dakota. I got the financial transaction lined up with the banks and we jumped on a plane the next day. Three flights, one Uber ride, and 13 hours later we arrived at our hotel in Melbourne, Florida. The next morning we met with the sellers, who are very nice people, and got a wire transfer all done and hit the road for a night stay at Cocoa Beach. The car runs, drives, and looks like brand new.

All of that being said, I am a planning sort or person so I checked with the South Dakota DMV and the seller and was informed that if I had the bill of sale, the signed title, and insurance (which I do have all three) that I was good to drive the car home. Upon 30 minutes of driving north a local police officer informed me that is not the case. He was a very nice young man who informed me of the laws, but also had no solution to this predicament. He directed my attention to the local DMV office, which told me I cannot come there due to covid because they are only allowing county residents to enter. So, after some bit of time calling around once we got to our hotel I reached a nice lady at another dmv office an hour and a half away who said that despite me not being a resident if I go there she will bend the rules and get me in to print me a temp tag.

So here I sit. Having coffee and wondering how many times I’ll get stopped on my way to the dmv office, hoping to get this situation resolved and back on the road for 1500 miles home, all the while monitoring an impending snowstorm possibility in South Dakota Sunday night.

. You just never know which way an adventure will take you.

I will post pictures after we get outside and loaded up.
2007 Callaway Corvette convertible. 3LT, Z51, automatic, polished supercharger, engine covers signed by Reeves Callaway, Daytona Sunset Orange Metallic with tan top and interior.
Top

Here are some pics 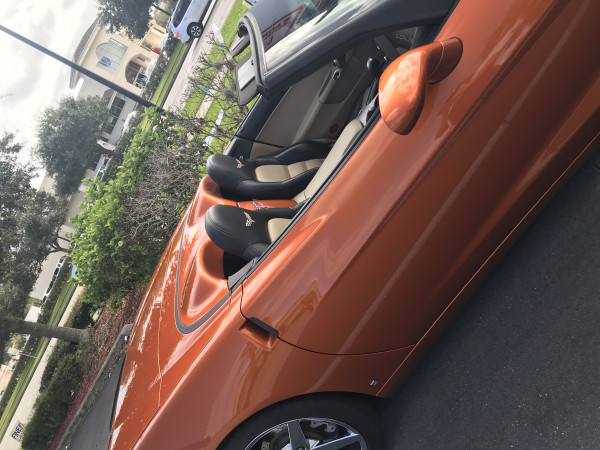 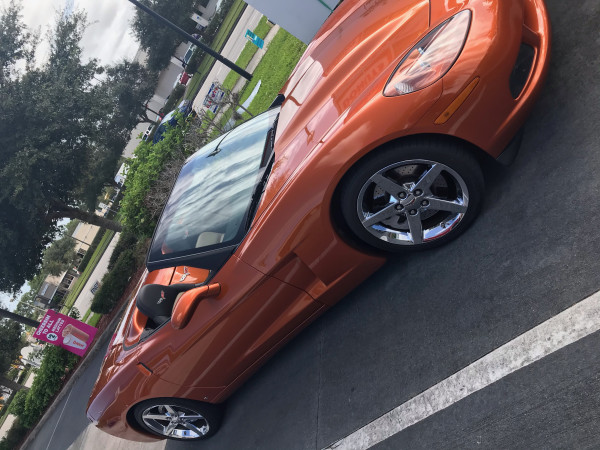 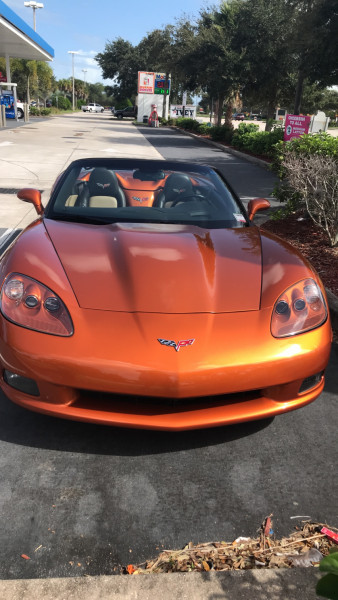 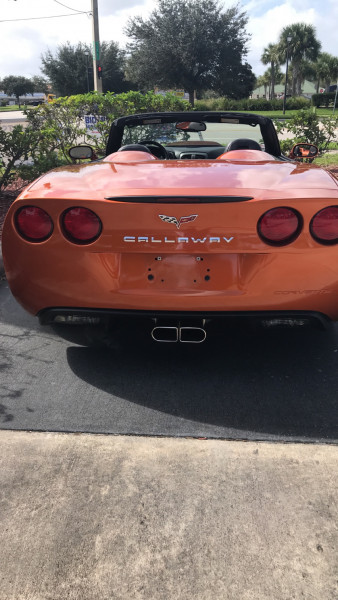 Beautiful car and welcome! Good luck on your journey!
Top

Nice looking car. Looks like a very early one, used upon the hood style which was used through 2007 (calendar-year)
Top

Nice enjoy!
Please keep us informed on your continuing adventure!

Super looking convertible and congratulations but, you need to get out of Florida ASAP...a tropical storm is headed our way!

Cheers for a safe trip.

Thank you everybody. We are outside of Birmingham Alabama tonight. This morning we went to the Daytona dmv. They were really nice but tried to charge me thousands in sales tax. I had to explain to them that in this case they collect the sales tax of the state the car will be registered in. She agreed. South Dakota has no sales tax on cars. I told her that and she said she would have to charge me Florida sales tax then because some amount of sales tax HAS to be paid. I explained how the laws work and ended up with my Florida temporary tag for $5 as per the law. Now to hit the road in the morning due north. We got a snow storm in our face and a tropical storm on our tail!

Now for my impressions of the car...... PERFECTION!!! That’s all I can say. This car does everything perfectly with refinement and precision. None of my corvettes are anywhere remotely close to stock.... but none of them perform so perfectly as a package as this car does. The team at Callaway is obviously the elite in the corvette refinement industry.