Hello all, I was unaware of this forum until I was searching Callaways for price comparison as I am currently selling mine but will be back in another in a year or two!
Top

86pyretta wrote:Hello all, I was unaware of this forum until I was searching Callaways for price comparison as I am currently selling mine but will be back in another in a year or two!

Hello all, new member here. We own a 2006 Callaway Supernatural 550. We’ve had the car for about 2-3 years. I didn’t realize the forum existed until recently. Glad I found it!
Top

Better late than never. Welcome to the world of awesone cars.

Greetings All
I am a lucky new Callaway TT owner !
The short story - I was at the Mecum Auction in Harrisburg with no intentions of buying anything when I saw this beautiful 1987 Coupe come up & for some reason I just started bidding on her. It's number 188; stilling learning about the car and Callaway but it was not an RPO coded car and the conversion was done at about 8K miles in 1989. It has the automatic trans and 17" Dymag options. I am the 4th owner and it seems to have been very well taken care of and it has just over 33K miles.
It came with great documentation.
Hope to meet some of you at Carlisle next week!
Cheers !

Hi... I'm a new forum member and first time Callaway owner. I recently purchased 89 #027 out of Oregon and have been enjoying becoming more familiar with the car, and CTTCs in general (my Corvette experience has been limited to C4 ZR-1s until now). The car has 33k on the clock, and has the aerobody package, coilovers, big wonderbar, and was modified with a Lingenfelter-built 389cid engine with auto conversion (the original Callaway engine and 6 speed were included in the purchase and are palletized in storage). The car runs strong and seems to be well-known and documented, so I'm hoping that the group (especially previous owners or those who know the car) has much more to tell me than I have to say about it. Here is a picture of the car, but I'll post more in the picture thread. 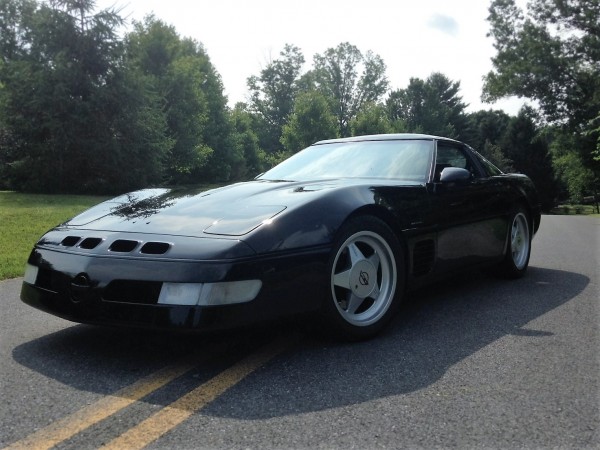